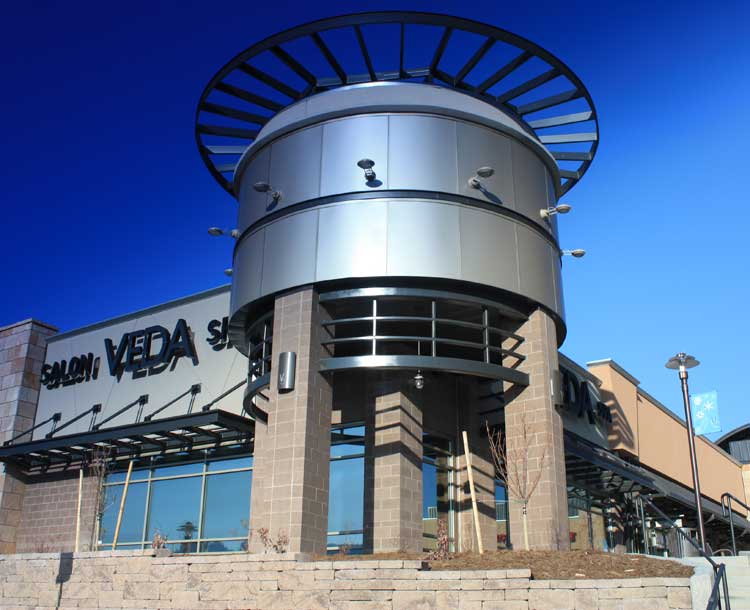 University Village Colorado is a 70 acre success story. Situated near the University of Colorado at Colorado Springs campus, the site was formerly a mish-mash of properties which had become a liability to the urban landscape. Through the efforts of the Urban Renewal Authority the area was revitalized as an economic development tool.

This mini-documentary tells the story of dirt-movers, burning buildings, design inspritation and construction, all through the eyes of all the collaborating experts. 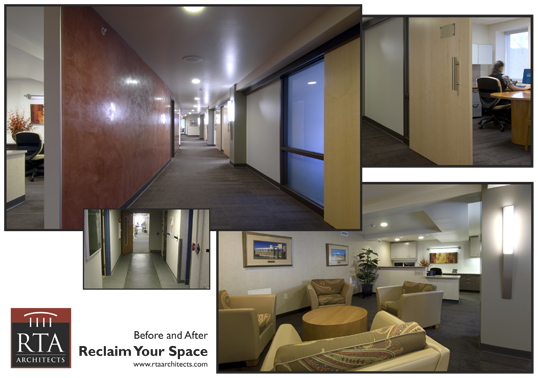 Jessica Ramos and Greg Johnson are the core of RTA's Interior Design team. As designers, they create and enhance the human experience within built environments.

In this article for the Colorado Real Estate Journal, Jessica talks about her renovating work at the Margery Reed project in Colorado Springs and the transforming possibilities of adaptive re-use.

Do you have a question about reclaiming an old space? Contact us.

John Hoelscher, RTA healthcare design specialist, responded to questions about the future of architecture in a One on One feature with Rob Larimer of the Colorado Springs Business Journal.

In the Q&A, John mentions the challenges that face the architecture industry as a whole, and RTA specifically. He states, "Our challenge is to find ways that will take us out of the commodity status and bring real unique value to our clients." The rest of John's responses are available at Colorado Springs Business Journal.

RTA will be hosting this event at our offices at 19 S. Tejon in Colorado Springs, Colorado. Feel free to come and bring your associates.

This workshop has been approved by the AIA for 2.0 LU/HSW/SD Credits.

Holly Through the Lens

Student photography informs architectural design in a joint venture between RTA and the Holly School District in rural Colorado.

Holly is a wind-swept rural farming town on the border of Kansas and Colorado. The tiny community has survived devastating tornadoes and long dry seasons. Last year, Holly chose RTA to master plan and design their brand new school facility. As a joint venture between RTA Inc. and the Holly School District, RTA Intern, Allison Johnson, taught a short course in photography to students who will one day walk the halls of a new RTA-designed Holly School Campus.

Why Photography?
In addition to her work as an Architectural Intern, Allison has a passion for capturing life with her camera. She explains, "What I love about photography is that ability to capture something and demonstrate the way you see the world. Photography is not just learning how to expose, compose and frame a shot. Photography is seeing what is around you, and learning how to capture it. The Holly students learned how to see, and in turn, helped RTA see the Holly community through their eyes."

The Goal.
Twelve junior high and high school students, and two faculty from the school participated in a voluntary class that met 3 times during RTA's Design Advisory Group process. Allison's goal for the class was two-fold:

The class began by exploring the fundamentals of photography. On March 25, they set out down the streets and sidewalks. The group took a photo walk of Holly.

Story Walk.
Allison describes their photo walk as an unfolding of stories. "Armed with our cameras and tennis shoes, we walked the streets of Holly. The students pointed out their homes and I met some of their grandparents; we visited a new foal at the large animal vet clinic and we walked the path of the tornado that devastated Holly three years prior. I was told to go to “Jack’s” for the best chicken fried steak in the country.

I learned of their resilience and how the town had banded together in the face of tragedy.

They told these stories and, when asked, began to see the places in town that are regularly overlooked because they never change. Rarely are people asked to look. That happens to us all, doesn’t it? Though there is irony in this, we rarely see the things we look at every day."

Insight for the Architects.
The photos taken by the photography class helped the RTA team to see deeper into the community. Allison observed the way the stories and images brought insight to the group of "outsiders" in a way that would help them understand and create a building that is appropriate, sensitive, and inspired by the community and culture of Holly. "These photographs, along with the residents of Holly, welcome us in to a place of familiarity and comfort. In this process, Holly now feels like an old friend, rather than a new acquaintance. I am confident this familiarity only helps us serve our client better."

A New Way of Seeing.
For the last class in this series, Allison pinned up each student’s 10 photos and had a class conversation. She explains, "We discussed what was artistically strong about certain images, and what might improve others. We discussed the subjects of the photos and what stories the photos told us about their community. We divided up these topics and each student presented two to three photos to the Design Advisory Group."

In the end, the students came to understand more than just the mechanics of their cameras. Allison sums it all up this way:

"They continued to amaze me. One student said, “I didn’t realize how much we have here.” They stepped back and saw how much their town had to offer. They saw the beauty in the seemingly mundane. They saw their town with new eyes.

They discovered this through a lens."

RTA noted in Architectural Record for use of energy efficient windows at St. Thomas More Hospital

As noted in the Architectural Record, RTA makes simple choices which bring energy efficiency to our clients. At St. Thomas More Hospital in Canon City, Colorado, RTA architects made use of a new window glaze technology to create energy savings. RTA architect Michael Malloy explained that during the shop drawing phase of the project, the RTA team identified a higher performing glazing product which would allow in more light and keep out more heat. The substitution of a more thermally efficient glazing system came at no extra cost to the owner.