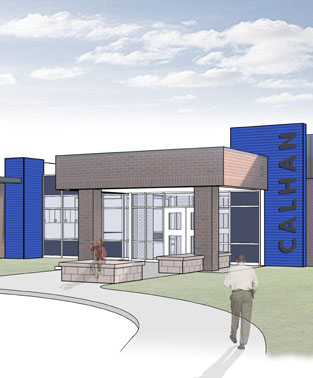 RTA and the Calhan School District celebrated the completion of their recent PK-12 renovation project with a ribbon cutting ceremony on August 21, 2013. RTA began the design on the $2 million project in January 2013; and after four months of construction, the school was ready for students heading back to school for the 2013-2014 school year.